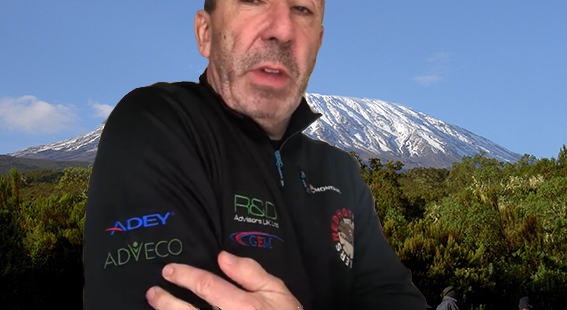 Paul Hills, Adveco’s Account Sales Manager for North London & East Anglia, is preparing for an adventure of a lifetime, as this Friday he sets out to scale Mount Kilimanjaro. Located in northeast Tanzania and in plain view of bordering Kenya, the snow-dusted dormant volcanic peak rises to a majestic 5,895 m from the surrounding savannah, the highest on the African continent.

As part of the RedHotKiliTrekkers team, Paul has committed to achieving the peak over the following eight days in a challenge that is equally physical as mental. The aim is to raise funds for a number of charities including Mind, Alzheimers Society, Teenage Cancer Trust and the David Randall Foundation.

The team is well on the way to achieving its £30,000 target and Adveco is proud to be counted as one of the sponsors. Adveco’s staff also took the opportunity to raise funds during a team bowling challenge before Christmas and opted to hand the entire prize pot over to Paul to support this endeavour. 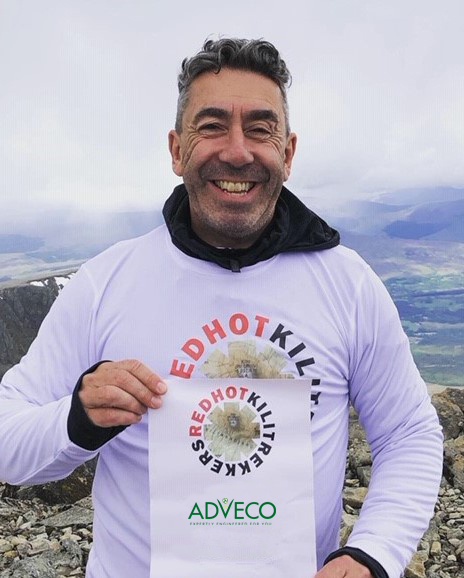 The team will take the Lemosho Route during this early trekking season, where due to the lower temperatures there usually would be a good chance of encountering snow on the summit. As Paul observes, “The weather forecast is pretty shocking at the moment, so we are expecting heavy snow!” In preparation, Paul began a series of practice treks last year, including hiking up Ben Nevis last May, a challenge in of itself. But at a mere 1,345 metres, that peak pales in comparison to Kilimanjaro. The eight-day trek length in Tanzania is critical in enabling Paul’s body to acclimatise to the altitude and the physical exertion needed for the steeper sections of the climb towards the summit. The final camp to summit push will take a good six-seven hours, which, weather dependent usually starts at 2 am, for a sunrise arrival at the summit. That should give the team a better chance navigating the loose scree which freezes overnight and provides a full day for a safer descent back down most of the mountain.

If you want to support the climb please visit Paul’s gofundme page.