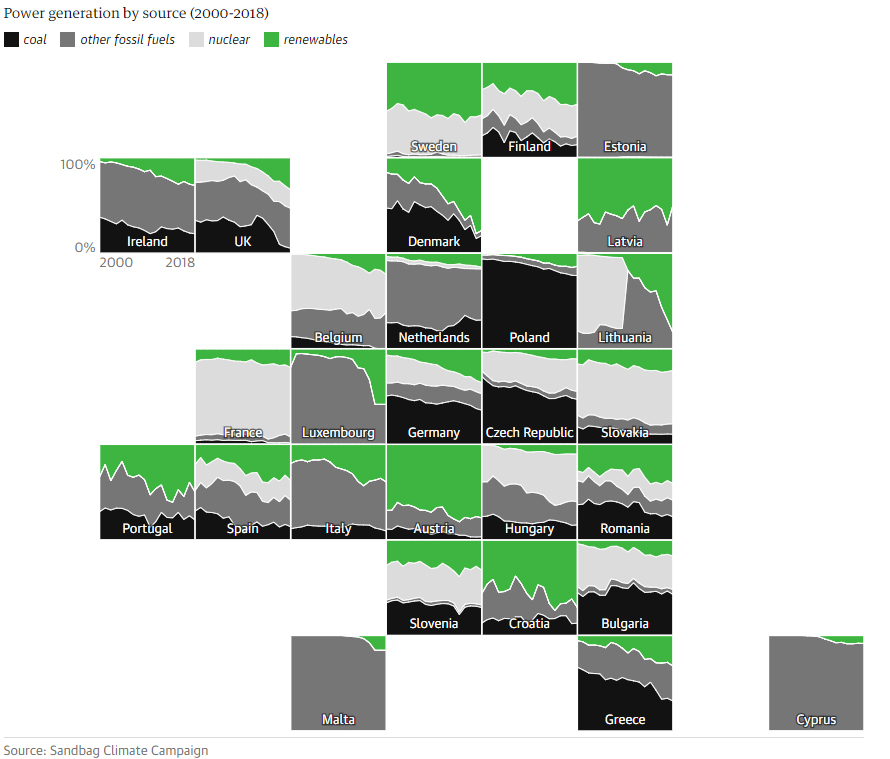 The UK makes a significant advance in the reduction of coal as a power source, but renewables still have a long way to go to be a practical replacement for all fossil fuels.

A key step in the transition towards a net-zero carbon economy, Britain set a new eight-day record for going without coal-powered energy – the longest such period since 1882.

Within the European Union, between 2000 and 2018 the share of electricity generated by coal dropped in all member states except the Netherlands. Renewable energy sources increased their share everywhere except in Latvia. Heavily coal-dependent economies in central Europe are still slow to phase out the dirty fuel.

Sweden had the lowest share of electricity generated by fossil fuels in 2018, using a mix of renewables and nuclear energy, which is classed as a low-carbon power source.