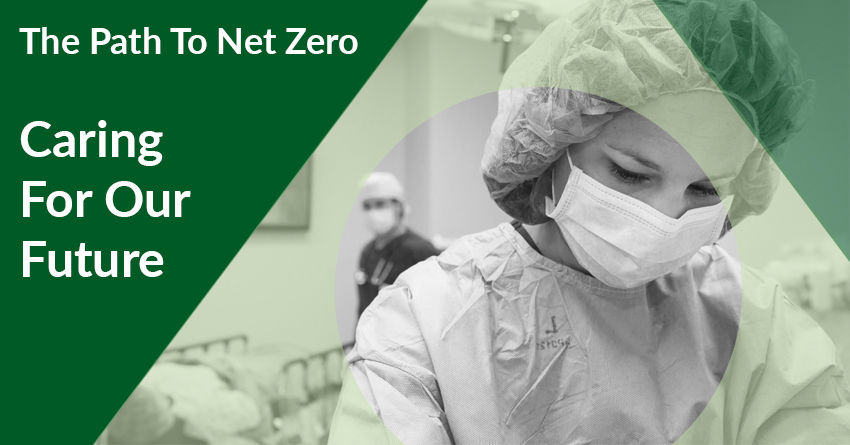 With the launch this January of the House of Common’s Climate Assembly UK which is tasked with bringing groups together to discuss achieving Net Zero targets, it was clear that much of the initial onus would fall on public sector organisations to become vocal in their support of the Government’s aims.

There is a tremendous challenge existing to drive the level of change needed to achieve Net Zero. The easy work has been done, such as shutting down coal-fired power stations, which has meant the Government’s Carbon Budget targets have so far been achieved. But the consensus has been that the next carbon budget will miss its target and subsequent others could fall further behind. And that was before Net Zero by 2050 was introduced. To successfully drive uptake of low carbon systems, which will on the most part be unfamiliar and deemed an unwanted, and for some an unwarranted cost, requires vocal support and better communications with, and education of, both the domestic and commercial sectors.

The Climate Assembly UK will have 110 representatives, randomly selected by ‘civic lottery’, giving voice to the UK public. They will hear balanced evidence on the choices the UK faces, discuss them, and make recommendations about what the UK should do to become Net Zero by 2050. Swaying these representatives who, by the very nature of the selection process, are unlikely to have more than a cursory understanding of the broad range of current fossil and low carbon technologies and practicalities of integrating them, means it must fall to key public bodies to take the first conclusive steps on the path to Net Zero.

In light of this, the NHS has made a wide-ranging statement on not only cutting carbon emissions to Net Zero but in particular reduce air pollution, of which Nitrogen Oxides (NOX) is, without doubt, one of the most concerning.

A by-product of the combustion of hydrocarbon fuels, NOX are a major contributing factor to poor air quality, the most toxicologically significant being a combination of nitric oxide (NO) and nitrogen dioxide (NO₂). It can cause lung irritation and respiratory infections as well as being linked to cancer, asthma, strokes, and heart disease. The Royal College of Physicians believe it directly leads to as many as 40,000 deaths each year. This has led to widespread recognition that more needs to be done to address NOX emissions and the care sector needs to be seen to be addressing emissions that are a by-product of its activities.

“With almost 700 people dying potentially avoidable deaths due to air pollution every week, we are facing a health emergency as well as a climate emergency.

Patients and the public rightly want the NHS to deliver for them today, and to help safeguard the future health of our children and grandchildren.”

Whilst the press have focussed on the recommendations made to NHS staff to, such as encouraging less driving to work less and bringing in reusable cups and bottles, the real opportunities lie in two other proposals which a panel will now consider and respond to later this year.

The first would see a reduction, or cessation entirely, of up to 30 million outpatient appointments, which would have huge implications on reducing vehicle emissions, but could be a very difficult sell to the public.

The second, easier option, is to reduce emissions from buildings. The BBC reports Unison general secretary Dave Prentis, saying the implications for the NHS building stock were ‘huge’.

“Everyone must now work together to understand how environment-harming heating and lighting systems can be replaced without redirecting funds from patient care.”

He is correct, as the levels of change Net Zero demands of any property could conceivably require heavy capital expenditure. Especially so with the NHS estate, where the demand would more likely require major refurbishment of existing, often ageing, properties that will not be fit for purpose in terms of low carbon solutions alone.

At Adveco, we have considerable experience working with and supplying hospitals throughout the UK with hot water and heating systems, offering a mix of gas, electric and low carbon technologies. Now, looking forward, we are rethinking how those systems can be used in a meaningful way to take us towards Net Zero. That means leveraging the advantages of low carbon technologies such as heat pumps and solar thermal, alongside the current generation of high-efficiency micro-CHP, gas and electric boilers and water heaters. This hybrid approach provides the versatility to use and enhance existing systems in building stock, gaining improvements without wholesale rebuilding which comes with a considerable price tag. The approach also acts as a ‘boarding ramp’ towards a whole new class of technologies including hydrogen and other ‘green’ gas alternatives.

Critically, the systems and applications that we are able to design, supply, commission and service are available today and can be shown to be cost-effective. We can accurately map operational costs and payback periods so that planners can budget for change with a high level of confidence. With long-term savings assured when correctly managed and maintained, there is no reason why improved heating and hot water systems should need to see funds being redirected from patient care. In fact, the savings over the next 30 years could easily be invested back into the NHS to the advantage of patients and staff.

Learn more about our work for the care sector