You are here: Home1 / Uncategorized2 / CHP vs. Solar PV: A Balanced Approach

CHP vs. Solar PV: Is Combined Heat and Power (CHP) now the better choice due to the reduction in Solar PhotoVoltaic (PV) Feed-in-Tariff?

The choice of technology used to achieve carbon reduction targets is an interesting and important decision for any building services engineer.  The best engineered solution must not only meet the required carbon reductions, but must also incorporate factors such as the system capital cost, its longevity, and the degradation of efficiency over time.  From the client’s perspective, there are also savings and costs after commissioning – incentive schemes and routine maintenance, for example – that must be considered.  With turbulent energy costs, changing incentives, and the influx of new technology to the market, it is very important that designers regularly review their technology choices; engineers can no longer incorporate a default technology into all designs and still achieve a satisfactory result.  The two main technologies are CHP vs. Solar PV and PV, and with recent changes and the general long-term uncertainty of incentives, CHP vs. Solar PV is often a better option.

The consultation and review of the Feed-in Tariff (FiT) scheme in late 2015 had a dramatic effect on the economic value of PV solar systems.  Prior to the review, when the tariff for large solar PV systems was 9.5p/kWh, the FiT was so valuable that it was not important whether the electricity was used on site or exported to the grid.  If all the produced electricity was used on-site then a 100kW system, costing £90k to install and achieving 900kWh/kWp, could achieve a 5-year payback.  In the worst-case scenario, even if 100% of the electricity was exported to the grid, this system could still achieve a 7.5-year payback when combining the FiT with the export tariff.  This allowed the designer to simply calculate the number of PV collectors needed to meet the yearly carbon savings.   The system would be cost effective for the client regardless of the building’s electrical demand to PV peak output ratio.

Since both CHP and PV can be used to achieve the same level of carbon reduction, consideration should be given to the financial case they both provide to make the decision.  Maintenance costs for both systems are accounted for in the payback ranges and long term repair costs can be shown to be similar over 25 years.  A key advantage of CHP is that the engine can be overhauled to restore the efficiency to its peak, whereas the PV system will experience degradation over its life that cannot be rectified. 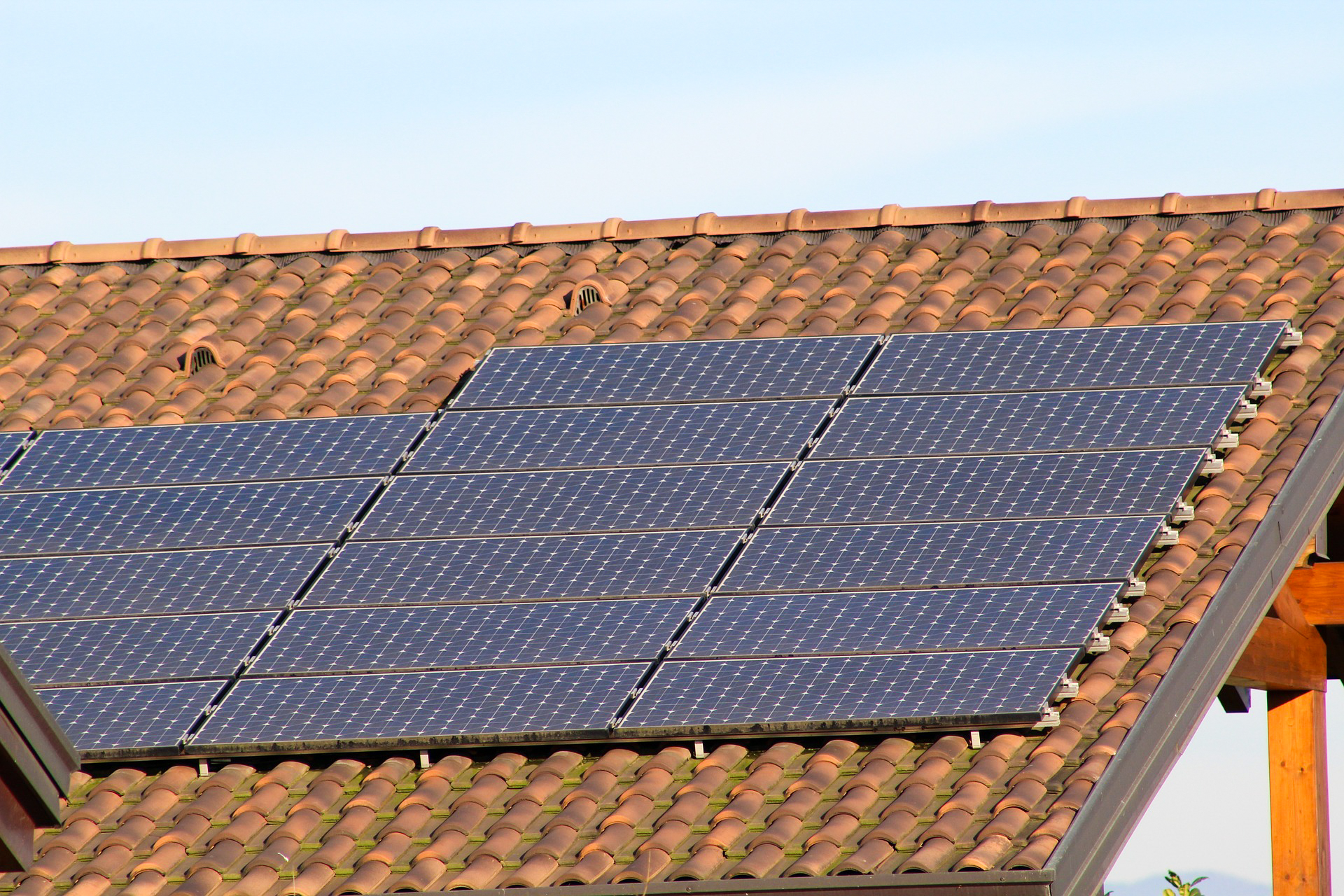 Following the consultation, the Feed-in Tariff payments fell by 80% for 50-250kW solar PV systems.  Today, it is less than 2p/kWh.  Because of this, it is now very important to analyse how much of the electricity produced will be consumed on site.  The value of displaced electricity – in terms of overall energy costs – is now five times more valuable than the FiT and twice as valuable as exported electricity.  Based on today’s rates, the same 100kW system, using 100% of the produced electricity on site, will now achieve a payback of 7 years; if all the electricity was exported, however, the payback period could stretch out to 13 years.

It is no longer in the client’s interest just to match the PV output to the necessary carbon savings; designers must also consider the times that a building will be occupied, what the electrical demands are whilst occupied, and the demand when unoccupied.  The occupancy of many buildings is significantly reduced over the weekends and holiday periods which can equate to 30% of the available time; schools, for example, are operating at reduced levels for nearly 50% of the year, including the summer months when solar output is at its peak.  When PV is sized to meet a building’s full carbon reduction targets it is likely that at times the electrical demand will be lower than the PV output.  Any periods when the electricity produced is not consumed on-site increases the payback period away from 7 years towards 13 years. 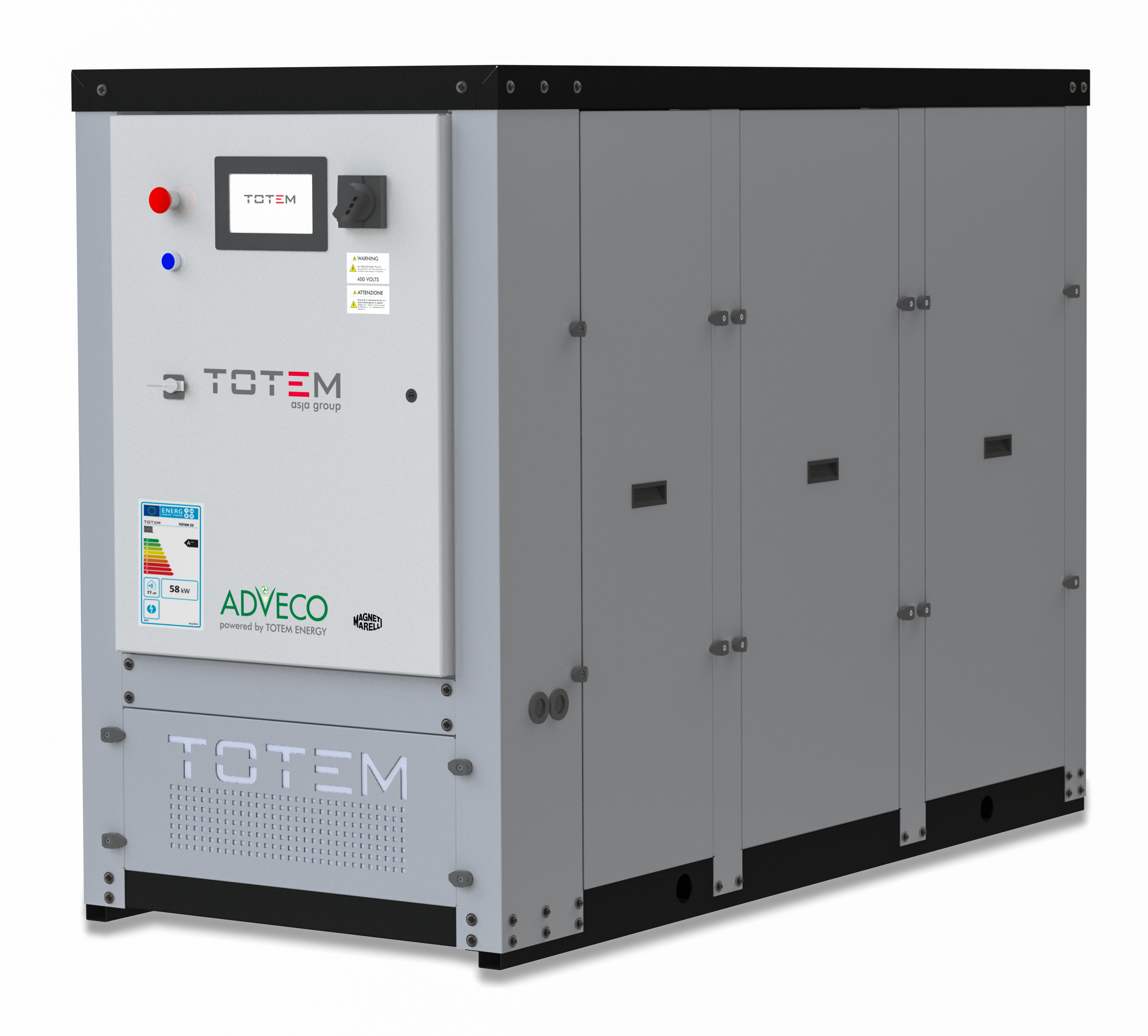 If a portion of the electricity produced by PV will not be used on-site, then it should be compared to a CHP system to reduce the building’s carbon emissions by an equivalent amount to meet Part L and other local requirements.  A 100kW PV system would typically reduce carbon emissions by 46,000 kg.  Similarly, a 25kW electric CHP unit operating for 7,500 hours a year would increase the gas related carbon emissions by 50,000 kg, but reduce the electricity related emissions by 97,000 kg; the net effect is equivalent to the PV system.  It is assumed for the CHP system that all of the electrical output, which has much lower peak magnitude than PV system, can be used on-site.  A 25kWe CHP system, when correctly designed – as in the above example – to achieve over 5,000 run hours, can deliver a payback period of between 6.5 and 10 years.

Although the range of payback periods are similar for both systems, the characteristics of each individual building will determine which technology is more suitable.  For a given building either system may provide a 7-year payback, but it is likely that only one will.  The actual payback period is affected by the installation and the energy demands of the building; the installation is governed by the physical size, construction and location of the building.  Planning constraints, building orientation, and roof area may limit the location and size of a solar array and reduce PV overall effectiveness.  Conversely, buildings with limited plantroom areas are not best suited to systems that require large quantities of thermal storage unless some of the equipment can be located outside of the plantroom area.  The construction of the building, therefore, has a direct impact on the installation costs and energy contribution which determine the payback period.

It is likely that the energy demands of the building will suit one technology more than the other.  CHP only offers value when it runs, and it can only run if it can make use of the heat.  CHP systems are therefore more suited to buildings with year-round heat demands which can make use of the thermal energy produced.  Residential buildings with significant DHW usage such as hotels, university accommodation blocks, prisons, and care homes fall into this category, as do buildings with fixed loads such as leisure centres.  Solar PV offers the most value when the building consumes the produced electricity.  Since it produces more electricity in the summer, it is the most appropriate choice for buildings with high summer electrical demands such as air conditioned offices and retail.

There are many factors that must be considered by the designer when choosing the best method of achieving Part L compliance.  With the current Feed-in Tariffs, PV and CHP systems can both provide a good rate of return on investment, but one is likely to stand out as the best choice for each individual building.  At the design stage, consideration should be given to the uncertainty of PV incentives for long-term projects and the associated risk to the financial case if the incentives change before completion of the building.  Today, many projects are more suited to CHP than PV but, if it is correctly analysed, the building will choose its own technology.  Many projects today are more suited to CHP than PV but, with sufficient analysis, the design of the building itself should guide designers to the technology required to achieve the best engineered solution.