Under the original Climate Change Act, the UK pledged to cut net emissions by 80% by 2050. Now, it will need to deliver a 78% reduction by 2035 if it is to meet its long-term net-zero commitment. That is according to the Climate Change Committee (CCC), which has published its Sixth Carbon Budget for the period between 2033 and 2037.

The CCC described the budget as the toughest yet with chief executive Chris Stark saying that the UK will need to decarbonise at a faster pace in the next 30 years if the net-zero target is to be met. Stark explained that the Committee has deliberately opted to ‘front-load’ decarbonisation – more will need to happen in the 2020s and the earlier half of the Sixth Carbon Budget period than in the latter half and the 2040s. Heat, and the broader decarbonisation of buildings, is one of the major priorities identified by the CCC which has based its calculations on a scenario in which 40% of the emissions reductions needed will be delivered using pure-technology solutions.

The new recommendations will see heat supply drastically transformed from its current reliance on natural gas if the country is to decarbonise all aspects of the UK’s infrastructure and economy. The budget has set a mandate for fossil fuel boiler installations to end across the UK entirely from 2033, with fossil fuels phased-out from heating in public buildings by 2025 and in commercial buildings by the following year. It added that these stricter targets to phase out higher-carbon technologies in public buildings would also support a government aim of realising a 50% reduction in emissions by 2032. The 2033 date has been set to take account of the typical 15-year turnover of boiler stock, while also allowing for the scaling-up of supply chains to deploy heat pumps at a mass scale.

The recommendations aim for 37 per cent of public and commercial heat demand to be met by lower-carbon sources as of 2030.  According to the CCC, heat pumps should cater for 65% of the predicted need, 32% of heat should be provided by district heating systems, whether low or high-temperature supply, with a further 3% from biomass by the end of the current decade. By 2050, CCC estimates that 52% of heat demand should be met by heat pumps, 42% from district heat, with hydrogen boilers covering the remaining 5% of national demand.

One caveat, however, was that since the dates operate alongside the deployment of low-carbon heat networks and planned regional rollouts of hydrogen conversion of the gas grid, the phase-out outlined may not apply in any areas designated for these alternatives. This makes a nod to a net-zero that derives balance between pure hydrogen systems and electrification, both delivering decarbonisation of heating. It also highlights the danger of supporting one technology and ignoring another when the pace of development is so much steeper and will continue to be so as we move towards 2050. To this end, the CCC is using what it describes as a ‘balanced pathway’ scenario upon which to base its calculations and that its delivery will require ‘systems change’ and a ‘whole economy approach’ to decisively meet the UK’s legal target of fully eliminating and offsetting carbon emissions by 2050.  Under this ‘decisive’ decarbonisation plan, the CCC has warned that a sizable majority of change must be made within 15 years.

Talk to Adveco about how we can help you create more sustainable heating and hot water applications for your buildings. 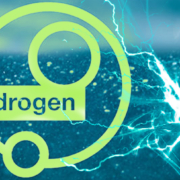 Scenarios For Greener Buildings in the UK
Hydrogen Blend Supported By Adveco Water Heaters & Boilers
Is A Calorifier The Right Choice For My Project?

What can you do to protect your business from power outages?
Adveco Reduces the Global Warming Potential of FPi Heat Pumps by 80%
Adveco AD: Providing Continuity of Service in Soft Water Conditions