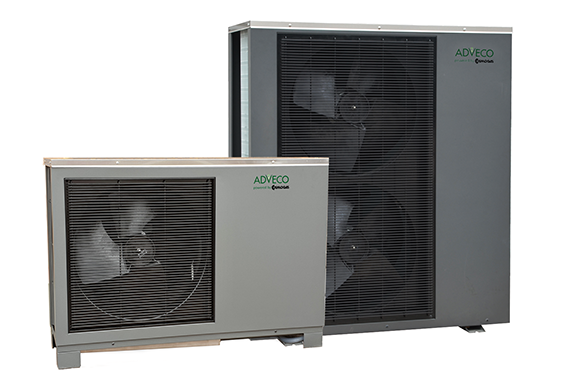 The Department for Business, Energy and Industrial Strategy (BEIS) has confirmed that the non-domestic Renewable Heat Incentive (RHI) is to close to new applicants on 31 March 2021. This has led to the launch of consultation for the “Future support for low carbon heat” which details the proposals for support mechanisms following the closure of the scheme.

Replacing the RHI’s tariff-based support is the £4,000 Clean Heat Grant set at a flat rate as opposed to scaling with system size or changing across technology types. The intent is to drive businesses to find which technology is the most cost-effective for their property and address the barrier of upfront costs.

BEIS has indicated it believes the majority of applications will be for air-source heat pumps (ASHP). The Government is proposing to support both low and high-temperature units, where installations provide space and water heating in buildings, but not ‘hybrids’ installed alongside a fossil fuel system.

As part of the consultation process, the Government continues to consider the role that gas/electric hybrid systems may play in the longer-term decarbonisation of the gas grid, noting recommendations relating to Hydrogen in a low carbon economy. Under this scenario, widespread deployment of hybrid systems help to retain the long-term value of the gas grid to the energy system, while enabling near-term reductions in carbon emissions.

Adveco can support commercial businesses wishing to design new low carbon systems featuring  ASHPs. The FPi range of commercial Air Source Heat Pumps (ASHP), for example, delivers an easy to install method for commercial sites to achieve lower cost water heating or cooling. With sleek looks and quiet operation, the compact monobloc design is capable of providing domestic hot water (DHW) at up to 55°C, or cool water to -7°C for use in fan coils. The FPi range is able to achieve an above-average coefficient of performance (COP). Ranging up to a very high COP of 4.7, FPi ASHPs can make a real impact on a property’s energy consumption.

The initial response to the announcement has been mixed, especially regarding the lack of extension of the non-domestic RHI and the instigation of a cap on the future grant scheme. More importantly, for many commercial sites, ASHP will not be enough in isolation, so you need to understand the limitations and why combining with other technologies and controls to create a hybrid system is a necessity. The hybrid approach also offers better compatibility with existing DHW distribution systems and the demands of higher thermal requirements, providing the versatility to reduce operational costs while maintaining the higher water temperatures demanded by commercial DHW operations. A hybrid system built around Adveco’s FPi can help businesses meet their carbon targets in the coming decade while keeping running costs low and should not, it is hoped, be summarily dismissed from the Clean Heat Grant. Exclusion could have a damaging effect on the decision by commercial properties to refurbish systems to be more environmentally friendly if costs become prohibitive without financial support from the Government.

BEIS will retain the right to review the grant levels in response to market changes or “if uptake falls substantially outside the expected range”. Funding for the Clean Heat Grant has been committed for two years to March 2024, after which the scheme will close to new applications.

For further information on using renewables at your commercial project, get in touch with Adveco.

The Route to a Green Grid
Scroll to top